A quick insight in one of the most spectacular places you will ever visit. 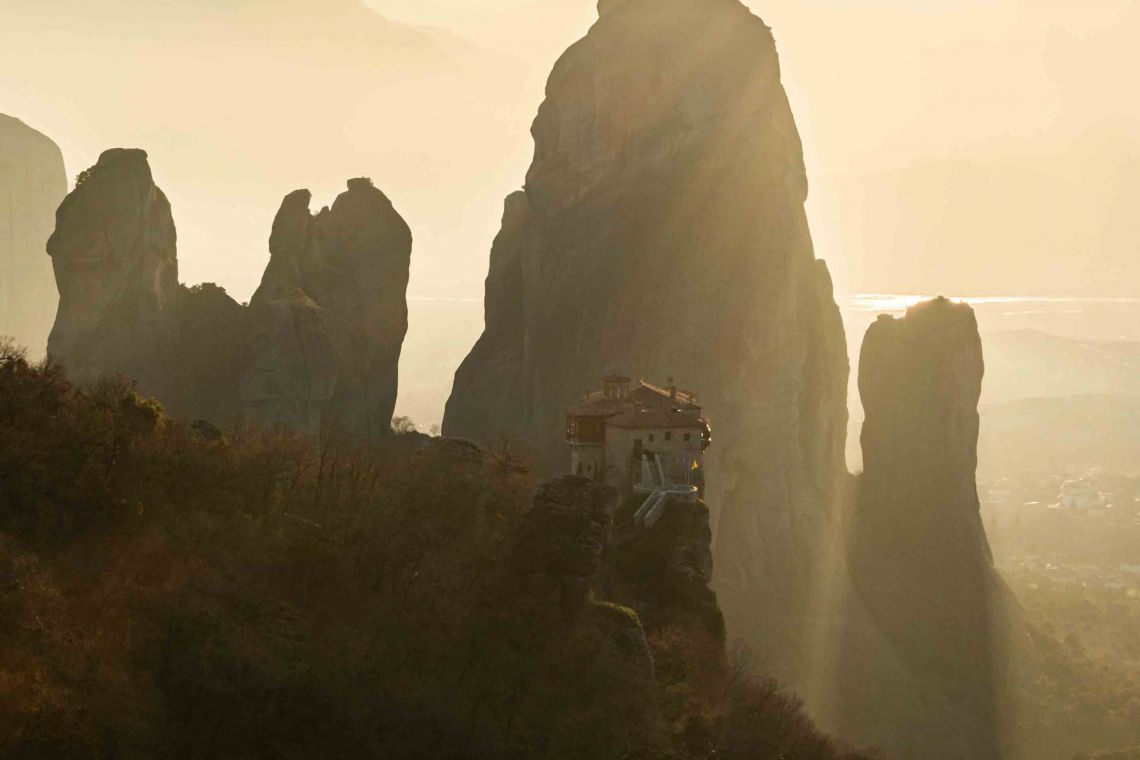 Large, sprawling stone blocks that, devoured by greenery, rise in awe as they shadow the town of Kalambaka and offer the serenity and seclusion of their inaccessible peaks that constitute Greece's second-largest monastery complex, after Aghion Oros. This could be a brief description of such a special place. The name, first of all, is attributed to Saint Athanasius the Meteorite, the founder and curator of the “Great Meteora” Monastery, who went up to the Wide Stone (Πλατύ Λίθο) and named him “Meteoros”. In English this literally translates to "suspended in the air", a translation that successfully delivers the spookiness of the place.

For those of you fortunate enough to visit the place, you will have certainly not missed some of the 6 monasteries that operate nowadays. The construction of these monasteries began in the late 10th century. However, the period when the monks settled was during the Turkish occupation and the monasteries provided protection to the Christian monks. In two of those operate museums where one can observe and grasp the significance of the monasteries during the Independence in 1821 and this Nazi occupation, as well as to admire historical, religious and cultural relics. A proper history lesson.

From a geological standpoint, science has not yet been able to determine the reason for the strange morphology of the huge rocks, though they are believed to have been created thousands of years ago, when the sea "descended" into the Aegean and in its path created passages through a single huge rock, tearing it to many smaller ones. The fact that the cause remains rather undefined undoubtedly makes the place more mysterious. It would be a mistake not to mention the famous cave of Theopetra, located on one of the rocks just outside Kalambaka, where traces of a 50,000-year-old human presence has been found.

Finally, as nature lovers, we strongly suggest that you trek through the paths which pass through lush forests, caves and glades. While in there you forget about everything. Everything becomes irrelevant. After walking for a while from the village of Kastraki and ascending to the monastery of Roussanou, the view is stunning and the deafening silence makes you think that everything around you is fake, that you are not really there. All this until you hear the bell from the nearest monastery ... and the visitors next to you who express themselves: “unglaublich”, a German traveler exclaims with astonishment as he makes a stop on his bike to enjoy the view. 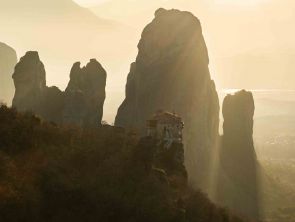 Shoot your most beautiful pictures in of the most photogenic places you will ever see. 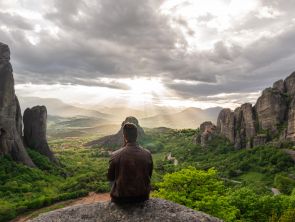 Two of the most spectacular sights in Mainland Greece, in just one day